back to search results

Sky gazers gather on Ballinskelligs Beach as part of the Kerry International Dark Sky / Fáilte Ireland's first 'May the Fourth Be With You' festival in South Kerry at the weekend. Led by astronomers John Flannery and Steve Lynott of the Kerry Dark Skies Tourism group.
Photo: Don MacMonagle

Press release:
The Fourth Runs Strong in Kerry - Star Wars fans descend on Kerry for Fáilte Ireland's first 'May the Fourth Be With You' festival.
Fáilte Ireland's first 'May the Fourth Be With You' festival wraps up today after three days of events across the Kerry villages of Ballyferriter, Portmagee, Ballinskelligs and Valentia Island. The festival kicked off on Friday, May the 4th (the day when fans across the globe commemorate the Star Wars Universe) and sought to capitalise on the enthusiasm for the galaxy far far way, firmly placing Ireland within that galaxy. The festival included a host of fun activities for all-ages, including visits to Slea Head's beehive huts (Luke Skywalker's hideaway of choice), guided film location walks and children's workshops.
A highlight over the weekend was a special céilí for Star Wars fans which saw costumed dancers take the stage in a great meeting of traditional Irish culture and the Star Wars Universe. Fans also had the opportunity to enjoy outdoor drive-in movie screenings set against the breath-taking backdrop of the west Kerry coast, which featured in the latest movie installation.
Fáilte Ireland captured the excitement in a video which will be used to build on the connection Ireland has with this iconic film universe after recent Star Wars filming took place along the Wild Atlantic Way.
Speaking about the festival, Minister of State for Tourism and Sport, Brendan Griffin said:
"Since Star Wars included some of our iconic Irish landscapes along the Wild Atlantic Way in recent films, I have been keen to mark May the Fourth in a meaningful way. When appointed as Minister las 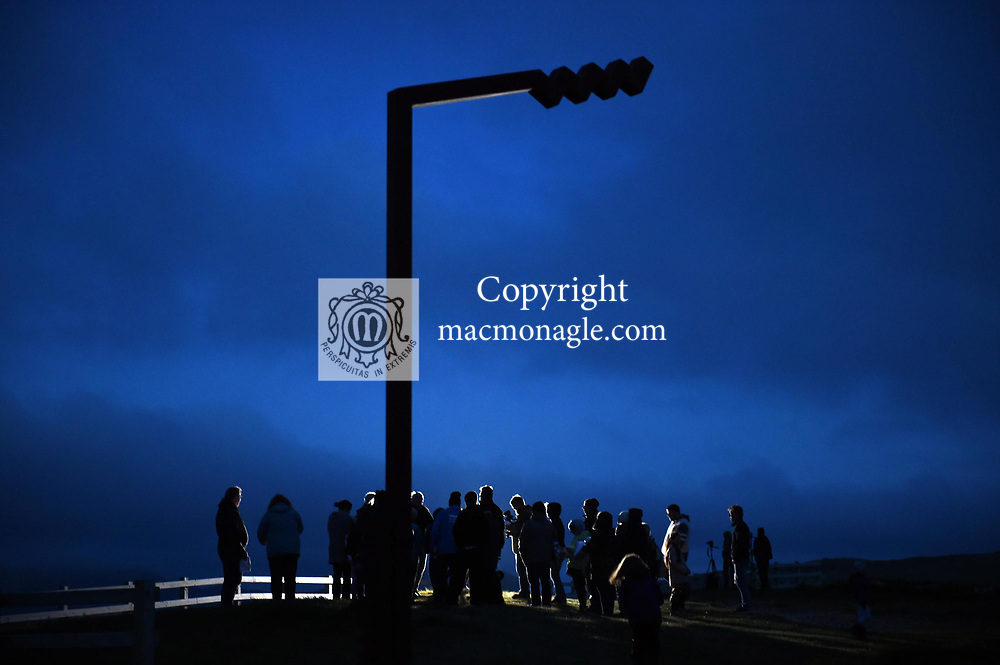